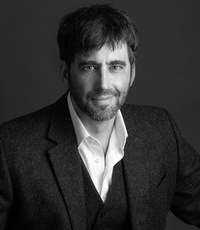 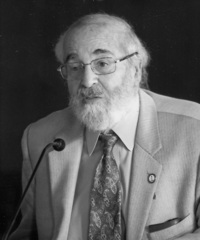 Alan Charles Kors is the Henry Charles Lea Professor Emeritus of the University of Pennsylvania’s History Department, and one of the foremost living authorities on the European Enlightenment. A specialist in European intellectual history of the seventeenth and eighteenth centuries, he has made the relationship between orthodox and heterodox thought in France after 1650 a special focus of his scholarship. His two latest works—Naturalism and Disbelief in France, 1650–1729 and Epicureans and Atheists in France, 1650-1729 which both appeared in 2016—complete a trilogy on the diverse origins of early-modern atheism in that country which began with the publication of Atheism in France, 1650-1729: The Orthodox Sources of Disbelief in 1990. He was also the editor-in-chief of the 4-volume Encyclopedia of the Enlightenment, published by Oxford University Press in 2002. In addition to wide-ranging contributions to his own field, Dr Kors has been a tireless defender of academic freedom as well and is a co-founder of FIRE, the Foundation for Individual Rights in Education. For his pathbreaking scholarship and his advocacy on this issue, he has earned several national awards, including, in 2005, the National Humanities Medal.

“Attempts to coerce soul and mind have led throughout all of history to death, to orphans, to widows, to mangled bodies, to societies that devolve into civil war… it is a catastrophic historical framework.”

Part 2: The English Lesson for France: Religious Toleration and Restraint of Power

Voltaire introduced his readers to an idealized England of religious pluralism and tolerance, balanced government, fair taxation, commercial energy, and the triumph of the secular over the sectarian. His portraits of all the major religions in England celebrated whatever seemed more tolerant, fair, and decent than the contrasting behaviors of the eighteenth-century French Catholic Church. He likewise praised the commercial activity and prosperity of England, linking it to the greater religious tolerance and fewer aristocratic values of Britain as opposed to France. He conceded that the building blocks of liberty in England had emerged from rivalries among elites eager to despoil the common people, but he presented an England that had succeeded in achieving a liberty unknown in France by limiting and dividing power, and he urged that such liberty was a cornerstone of British well-being.

In the course of the Philosophical Letters, the narrator's initially circumspect voice became increasingly assertive and self-confident as he contrasted—ever more explicitly—a religiously intolerant, aristocratic, and excessively traditionalist France with a commercial, politically free, and religiously tolerant England. In some chapters, he attempted nothing less than a reevaluation of what was important to a progressive and free human life.

Reading: Voltaire, Philosophical Letters, with emphasis on Letters 1-10. The recommended edition is the Hackett edition, which is widely available in both print and digital formats.

This lecture and discussion were recorded with a live online audience on April 21st, 2022.

Authors and Works Mentioned in this Episode

Encyclopedia of the Enlightenment
https://global.oup.com/academic/product/encyclopedia-of-the-enlightenment-9780195104301