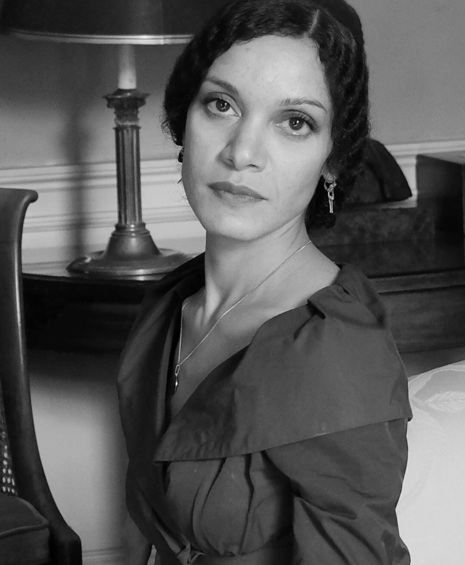 is an author and a lecturer in French language and literature at the University of Oxford. She was born and raised in Morocco and moved to France alone at 17 where she studied French, English, and Classics at Henri-IV and La Sorbonne. Dr Daouda’s research focuses on the artistic representations of good and evil in periods of political and religious crisis. Roman decadence, pre-Revolutionary France, the late-19th Century, and the 1930s are obsessed with the idea of a decline, foreshadowing a general collapse where no hero ever appears. In the paintings, music, and literature of these different periods, one notices an increase of the extremes: licentiousness and austerity, hunger for novelty and fear of what is different, yearning for beauty and fascination with disharmony. She has worked on the representations of benevolent femininity in the French and British Decadent period, and on the figure of the suffering poet as a useless hero bearing unbearable truths.

Dr Daouda’s writings are influenced by the thought of St John Henry Newman, René Girard, St Edith Stein and C.S. Lewis. She is involved in the public debate on freedom of speech, race, and artistic heritage, and defends the necessity of preserving the past as a school of thought, and of making what we know of it integrally available to all. There is more to education than a mere transmission of data: in a world that conspires against any form of interior life, education should allow us to benefit from mankind's quest for meaning and truth.

Iain McGilchrist: The Coincidence of Opposites

Marwa Al-Sabouni: Architecture as a Matter of Life or Death